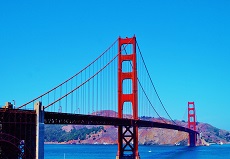 Specialists in Healthcare Information Technology (HIT) Recruiting of information technology personnel for direct hire and contract positions. San Francisco recruiters for IT and Search Firm for technical staffing. We have experience recruiting IT Professionals that have experience with ICerner, NextGen, Meditech, Eclipsys, Siemens, McKesson, SoftMed, Epic. We also do a lot of work with Healthcare, Financial Services and Trading Industries, Manufacturing, Software Development, Outsourcing, etc. We are very active with IT recruitment for trading personnel that have high frequency / low latency skills.

Sample of San Francisco area IT job opportunities for which we are recruiting:

Cities in and around the San Francisco California area that we are active:

These are some of the other positions we handle: